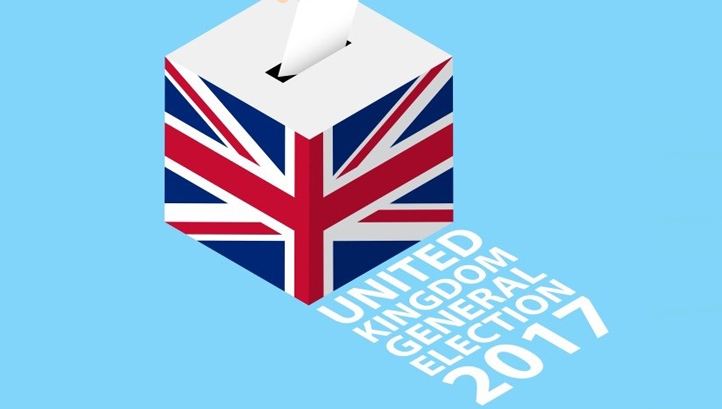 During the 2017 Election researched showed a huge climb in the number of young people voting. Was this partly due to the social media presence? Well, as we know many young people are hooked to their social media accounts so they are therefore faced with the news and updates of political news and updates. So during the election man young people couldn’t get away from the fact there was an election happening. Whether they were just logging onto their Facebook to chat to a friend or to check out their best mates holiday pics, they would be be instantly fueled with political news, videos and other people’s opinion of who should be voting what.

Leading up to the election, many famous actors, public figures, TV stars etc became involved with the social media platform and used this as a way to encourage young people to get voting or at least consider it.   there was a huge rise in the use of the hashtag #registertovote and it became the tagline for many posts leading up to the Election. This then caught onto 29,870 Instagram posts and the majority of that figure showed a huge rise to the support for the Labour party. During the start Labour were slightly lower on the official voting polls but were way ahead of the game when it came to social media and their presence on many platforms. Jeremy Corbyn’s was becoming more and more popular with many users of social media refering to him as a #god.

There’s no doubt that social media has become a huge aspect of political campaigning. Not only was it the british public using the likes of Twitter and Facebook but the parties themselves used the #vote to reach out to their potential voters. Why? Because this is a quick, fast and efficient way to communicate with the public.

During the election period, a study was carried out by researchers at Oxford university which showed how the Labour Party dominated traffic on Twitter during the UK general election campaign.

The research that was then analysed showed that over 1.3 million tweets produced between the 1st of May and the 7th of May 2017,were using hashtags associated with the primary political parties in the UK, the major candidates, and the election itself.

The study itself showed that-

Below is a table which shows us what the top hashtags were during the 2017 general election period. It came as a shock announcement when Theresa May suddenly requested a general election which would take place on the 8th of June 2017. This was a shock to the British public as we had prepared for a general election to take place during 2020.  Obviously the big question on everyone’s mind was why? Why did May call an early election? Well there is one word that many people claimed was the answer…Brexit.
Later that day May made an announcement to the British public.
“Britain is leaving the European Union and there can be no turning back. And as we look to the future, the Government has the right plan for negotiating our new relationship with Europe. At this moment of enormous national significance there should be unity here in Westminster, but instead there is division. The country is coming together, but Westminster is not.”
Throughout the day of the surprise announcement the digital world went crazy. Facebook and Twitter became a wall for debate, discussion and for a lot of people, anger. These social sites soon became huge battlefields in the 2017 general election. It was on these platforms that campaigns for many of the parties had the potential to be won or lost.  Many young and new voters not only used Facebook and Twitter as their main source for updates and information during the election period but to create debate and discussion with other users of the sites.

With a growing number of the world’s population now using Facebook and over 32 million just in the UK it is clear that so many people are becoming more and more digitally connected and therefore communicating digitally too. Many use Facebook to stay in touch with loved ones, friends and family and are unaware that it has become an important political player. Maybe you yourself can reflect on how the digital world become a political wall for discussion and debate during the election period and how that may have effected your decision when considering your vote.

Many of us (and I speak for myself too) use these sites to access the most recent news and updates. These platforms are now far more than just a networking and connecting with others. It has now reached a new level of communication and has now become a place of debate and publicly making your opinions heard or voiced but all behind a screen. And it’s not only your friends and family that you can now engage with, its now the politicians, campaigners and political parties themselves that you can be connected to.  For example, the videos that appear in people’s news feeds can be passed on by political parties and campaigners. If we were to translate that back many years ago this would be a form of propaganda.